One day in the autumn of 1205 the Lord was waiting here for Francis On a morning in April of 1211 the Lord welcomed Clare together with her first sisters. They were encounters and thus began their Christian adventure. Brother, Sister. Perhaps here today the Lord will meet with you.

May your faith be firm and may the Lord grant you peace. 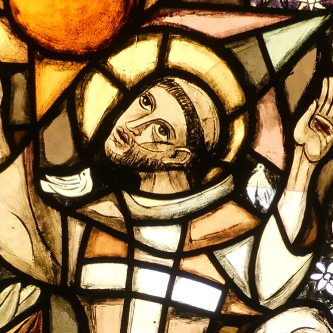 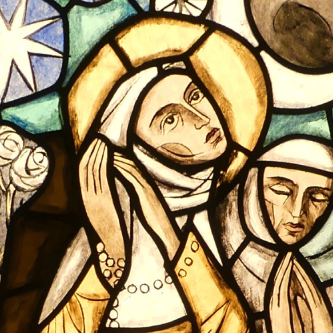 We are in front of the Sanctuary: a place where God revealed Himself. Its only name throughout the centuries has been San Damiano, a doctor and martyr from Syria, whose cult – together with that of his brother Cosma – spread through the West in the fifth century. The original church – dating back four or five centuries before St. Francis – is marked by the medieval restoration he himself completed. It went from Roman cemetery and rural Romanesque chapel, (9th/10 century) with hospice and priest’s house (10th/12th century) to a convent for St. Clare with convent church and later a friary. (1211-1257) 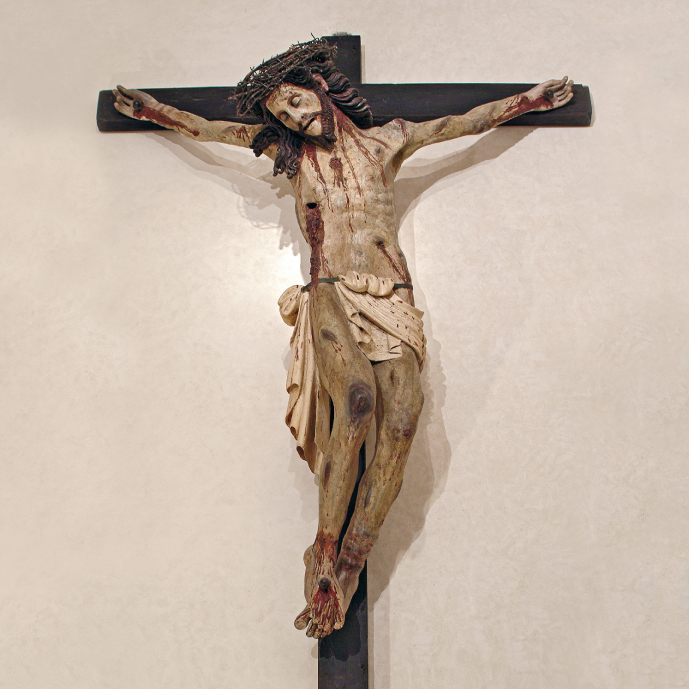 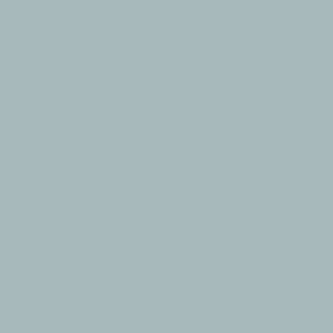 In the Chapel of the Crucifix – added in 1555 – hangs, wounded and suffering, the crucified Christ sculpted in wood by Brother Innocent of Palermo (1637). It seems to exactly reflect the image of the crucified Christ whom St. Francis contemplated and wept over. How many people have cried over that face! Popular faith draws from it the sweetness of God’s goodness. I beg you, O Lord, may the sweet and ardent strength of your Love, enrapture my heart! The Confraternity of the Most Holy Crucifix take care of it. 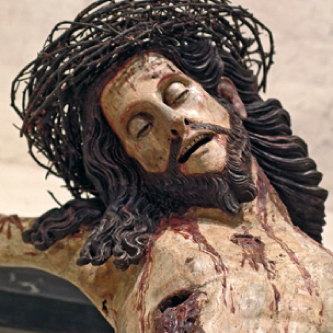 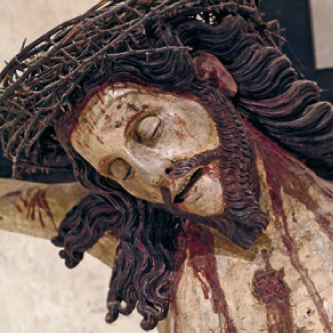 The church is the heart of the sanctuary, the church of the conversion of St. Francis. Constructed at different times, the oldest part is that at the bottom with its off-centre apse and sixteenthcentury choir situated under the low vault. The eye of faith shifts immediately to the little wooden temple of the tabernacle sitting on an ancient column: there is the Lord. Francis would say on bended knee: We adore you, Lord Jesus Christ, here and in all your churches throughout the world and we bless you, because by your holy cross you have redeemed the world.

The structure of the cloister, already in being at the time of the St. Clare, was completed between the fifteenth and eighteenth centuries. The two pre-Franciscan structures meet here in a corner, which is decorated on the lower level by two frescoes of Eusebio Perugino (1507): the Annuciation and St. Francis receiving the stigmata. In front, in local travertine stone, is the compact Romanesque structure of the Pilgrim’s Hospice (10 century). The ground floor was then used as St. Clare’s refectory. The upper floor being transformed into a dormitory for sisters who were ill. It was in this vicinity that, in September 1240, Saracen mercenaries pressed menacingly upon “the virgins’ cloister”. It was near the exit of the Refectory that Clare, infirm and supported by two sisters, confronted them holding the body of Christ in front of her, contained in its ivory and silver casket. It was here also that three months after her death, that the Saint’s canonization process was held.